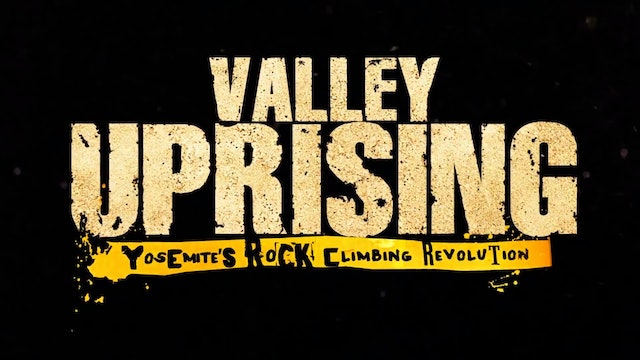 For the past fifty years, Yosemite’s massive cliffs have drawn explorers and madmen to leave materialism behind and venture onto the high, lonesome granite.
The larger-than-life characters of Yosemite carved out an extreme bohemian lifestyle in the valley: living in the dirt, clashing with the National Park authorities, and pioneering the boldest climbs on earth. The torch has been passed across three generations of climbers; through rivalries, tragedies and triumphs, the art of Yosemite climbing has advanced beyond anyone’s imagination.
Narrated by acclaimed actor Peter Sarsgaard (Garden State, Jarhead, An Education) and produced by Emmy® Award-Winning Sender Films with Big UP Productions, Valley Uprising deftly recounts the history of Yosemite’s bold tradition: half a century of struggle against the laws of gravity, and the laws of the land.
Starring Yosemite climbing legends Dean Potter, Alex Honnold, Lynn Hill, Jim Bridwell, Royal Robbins, Warren Harding, Yvon Chouinard, John Bachar, “Chongo” Chuck and so many more…